The relationship between a light house and a ship.

“You consider me the young apprentice
Caught between the Scylla and Charibdes.
Hypnotized by you if I should linger
Staring at the ring around your finger.”

Curious examination of the phrase “Scylla and Charibdes” reveals that the Greek folklore sited them on opposite sides of the Strait of Messina between the island of Sicily and the rocky Italian mainland. “Scylla” was rationalized as a rock shoal (imagined and described to be a six-headed sea monster) on the Italian side of the strait and “Charybdis” was a whirlpool off the coast of Sicily. Akin to “the devil and the deep sea”.

Those were the times when sailors were tested to navigate and survive the ever changing vagaries of the cruel sea and also dexterously avoid the destructive, rocky edges of the shallow coastline. With practically no help except their sails, a brave heart filled with passion for sailing and at times a burning volcano as a land mark, the journey was as arduous as one could imagine.

At this point, our protagonist the “lighthouse”, makes a grand entry!

With the caveat that I am no pharologist (people who study and specialize in lighthouses), the earliest record in history shows that the famous lighthouse Pharos of Alexandria, Egypt was erected as early as 280BC. Standing at 450 feet tall and an open flame as the torch, it was one of the seven wonders in ancient times that served the marine community for 1500 years, before it was unfortunately destroyed by an earthquake.

Now let us expound the top virtues of our central character of this post and the relationship it enjoys with the ship.

Purpose: Lighthouse has a crystal clear purpose: to serve the ship. To provide navigational help and warn the ship about an imminent danger, if one exists. The safety and the progress of the ship is the paramount reason for it’s very existence.

The intent and action: On shore, normally the lighthouse is located at the brink of a shallow & rocky coastline or atop a cliff overlooking the deep sea; while off shore, it is usually positioned at the deep end of the sea where there is a swirling, treacherous whirlpool. By taking the initiative in occupying those perilous positions, the intention to serve the ship is abundantly demonstrated by the proactive step.

Always on: Ebb or tide, sunshine or storm, scorching summer or wet winters, night or day the lighthouse weathers it all, stands tall (literally) and delivers what is expected. It embodies something that is dependable for the ship to count on, for the moment.

Focus on character: No two lighthouses are the same. Not just by the color or height or design of the pattern on its walls – but also by the unique frequency of the flashing light. An invention called “Fresnel lens” is behind the distinctive signals. The lens as an invention, as well as enabling man to produce an unlimited number of flashing combinations, it also intensified (enhanced) the light so it could be seen at greater distances. The ship could identify the individual flashing pattern of each light, called its “characteristic”, and thereby interpret the location.

“Plan B”: What if there was a heavy and dense mist that wouldn’t allow the bright light to pass through? What if that could result in a break-down of communication with the ship? The lighthouse is equipped with fog horns that emit a particular sound pattern that could be heard and interpreted unmistakably by the ship.

Faith & Trust: While the lighthouse throws light and emits sounds, it draws a line there. The lighthouse doesn’t believe in prescribing. The ship is entrusted with the responsibility to interpret the signals and take the appropriate next course of navigation. There is crucial trust at work & respect for each other, in the communication that is flowing.

Show goes on: While the ship moves on to safer territory and towards it’s earmarked destination, the lighthouse which is deep-rooted on terra firma, gets ready and waits for the next ship to be served.

When I ponder over that list of our hero’s virtues, it throws some “light” on building trusting relationships – be it between a manager & an employee, mentor & mentee, trainer & trainee and a coach & coachee. For me it’s a great benchmark to beat.

With serendipity, I have at times found a restaurant with an interesting menu, an unknown author with an awesome publication or a curious place of interest that draws you, but today, thanks to Sting’s lyrics “Wrapped around your finger” I have found new learning to take away.

“Every breath you take” is cued up next in my stereo and ready to play! After that is “Russians”.

More than 57% of organizations leverage partnerships to grow their customer base, while over 44% of businesses do so to gain valuable insights, ideas, and innovation. 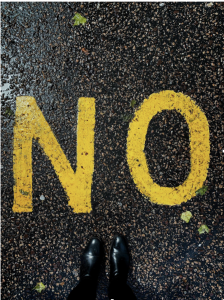 But salespeople often tend to exaggerate, misinterpret, or overestimate their products and services in trying to win the sale. Such behaviors repel the buyers and