How to motivate myself?

What would it be?

What do you really wish to read from the fortune cookie?

The setting was a fine dining restaurant, well-lit with a swarm of colorful lanterns loosely hanging from the ceiling. I met few of my friends for a sumptuous, embarrassingly high calorie, oriental meal. While we were waiting for the bill, the eternally-eager-to-please & ever smiling attendant placed a bowl of fortune cookies in front of us. With child-like enthusiasm, we all dashed for the bowl and grabbed a cookie, gingerly snapped it open and cautiously pulled out the strip of paper that had our respective “divine” messages imprinted.

Mine read something like “You will conquer obstacles to achieve success”. Likewise, my friends had equally positive messages that made them feel “fortunate”. The strong affirmations in those randomly selected fortune cookies, regarding the thriving health of our dear ones, booming success at work, and unbounded happiness were a befitting finale to that engaging evening.

We were happy and went on our ways feeling positive about our future. The inquisitive mind wondered why?

I poked around and searched on this topic, that stirred my curiosity, till I stumbled upon the documented work and technique practiced by an apothecary Emile Coué at the start of the 20th century. He formulated and dispensed medicines to physicians, surgeons, and patients. He became known for reassuring his clients (patients) by praising each remedy’s efficiency and attaching a small positive note with each given medication. Coué noticed that in specific cases he could improve the efficiency of a given medicine by praising its usefulness to the patient. He realized that those patients to whom he praised the medicine had a perceptible improvement when compared to patients to whom he said nothing. While Coué had conviction in his apothecary practice and in the effects of medication, through observations he equally believed that the patient’s mental state was able to affect and even amplify the effect of these medications. He was basically replacing their “thought of illness” with a new focus on “thought of cure”.

This technique was called “autosuggestion” and the underlying principle was anchored around the thought that any idea exclusively occupying the mind turns into realityalthough only to the extent that the idea is within the realm of possibility. The patients were essentially opening their “fortune cookie” of better health and it worked at an organic, physical level.

Could this technique positively influence some of our beliefs as well?

I have a strong reason as to why I pose this question.

While engaging in coaching sessions, with few of my professional acquaintances, one thing that strikes me is the presence of deeply ingrained self-limiting beliefs they carry about themselves, though their brilliant record of accomplishments would seem to indicate otherwise.

K, an IT professional with many years of consulting experience with CXO level executives of top enterprises has a strong belief that he is “never good at networking”. Why? He also lugs an allied belief that he is “not good at having interesting conversations since he is a techie”. The result: he stays away from informal office parties which could have otherwise given him a valuable opportunity to get to know influential people within his business unit.

Typically, a “belief” doesn’t exist as a stand-alone entity. The core belief and the supporting beliefs form a “belief system”. When you refer to the “iceberg model” (10% visible and 90% invisible) the underpinning aspect of our actions are mostly based on our beliefs. And if these are self-limiting beliefs they can hold you back from both exploring and showcasing what your true self is. 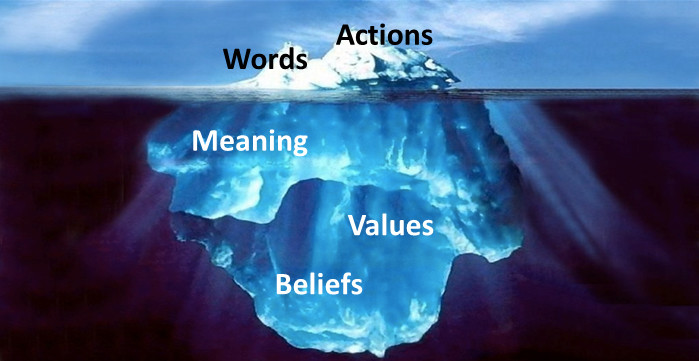 If we could strive to isolate the source of that belief and we could endeavor to re-frame our beliefs the chain reaction of ensuing thoughts, associated feelings, and the resultant actions can drive a quantum shift of becoming better, both as an individual and a professional. “Re-frame” is the key word here.

Let’s attempt to re-frame K’s core belief as “I can be good at networking”. The supporting belief could be re-framed as “As a techie, I can be good at having interesting conversations”. These are called the “enabling beliefs”. If you noticed the words “I can” have been carefully chosen over “I am” so that K feels more open and empowered to learn and practice the skill, that he thinks he lacks.

Attempting to re-frame beliefs about which you have hard evidence and prior knowledge is not only futile but the effort is unproductive. How pointless would it be to re-frame the belief about a “round earth”? That wouldn’t change the world.

This very familiar graphic sums it up well. 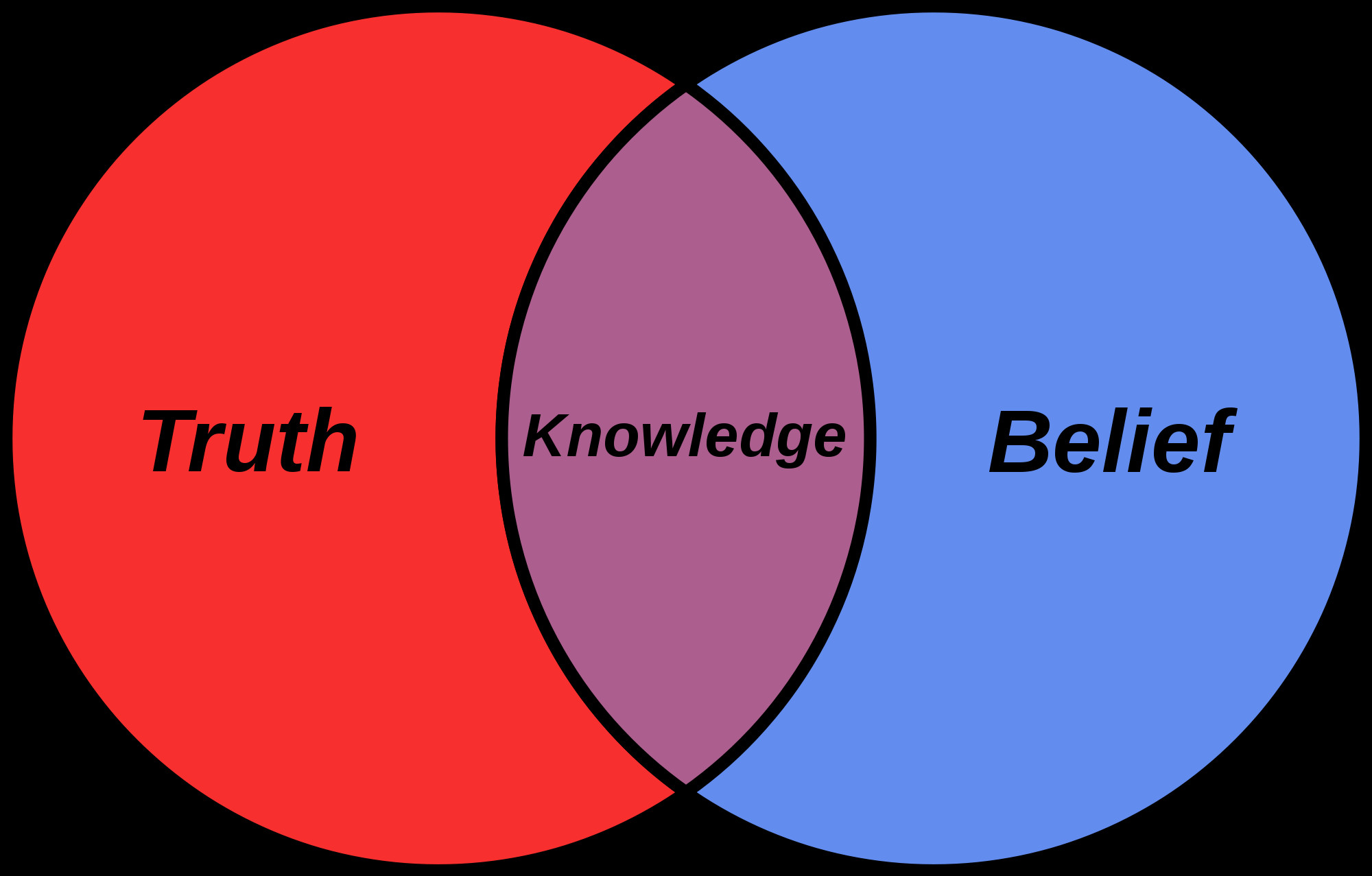 As you can see, the attention should be ideally focused on the blue area of the Venn diagram. It would be both effective and productive to select self-limiting beliefs that don’t necessarily overlap with the “knowledge area” (in the picture) and work on them.

What do you think are your self-limiting beliefs that are holding you back from realizing your full potential? What should your fortune cookie message be for the upcoming month? What are your thoughts?

I really appreciate that you are taking the time to read this post. This post is never complete without your valuable comments and ideas. So please take a moment to share your views and opinions below. And if you thought the article resonated with you, give this article a thumbs up or share it forward! Love the feedback ? 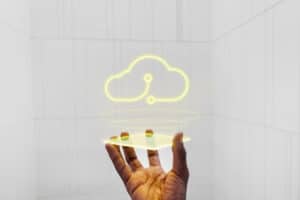