What did they not tell us about the Icarus story?

The myth of Daedalus and Icarus tells the story of a father, son, who used wings made of feathers and wax to escape from the island of Crete. Icarus was killed when he flew too close to the sun’s heat which melted the wax, though his dad warned him not to do so.

We have heard that tragic yet fascinating story before.

Fascinating because of the character’s desire to go beyond human boundaries.

And tragic because of the painful consequences resulting in the death of Icarus.

The story always highlighted Daedelus warning his son to avoid flying high & too close to the Sun and how Icarus ignored the warning and paid the ghastly price for it.

Now, what was suppressed in that story?

What did the modern storyteller miss?

Apart from warning Icarus of flying too high, Daedelus had also alerted Icarus of the impending peril if he 𝒇𝒍𝒆𝒘 𝒕𝒐𝒐 𝒍𝒐𝒘.

Reminder – they were attempting to escape the island of Crete flying across the sea.

Where if you fly too low, your wings are going to be weighed down by the mist or the spray of water from the sea. The feathers can weigh you down and you are dead in the waters.

Why am I writing this post about Daedelus and Icarus now?

1. Seth Godin reminded me of this story while listening to him during my morning walk.

2. I am observing and also hearing about startup teams that are playing it too safe. They are “flying too low”.

What do I mean by that?

It’s well understood that Startups are bound by many constraints and one key aspect is the availability of cash, especially during the early stages.

There is advice aplenty, for all the founders, that they should conserve cash, control the burn-rate, extend the runway for existence and execution, etc & more.

Aka Don’t fly close to the Sun. Don’t burn out.

However, “Time” is another very important constraint for startup founders.

What happens to the startup or the scale-up venture if you don’t invest in the right people at the right time?

Not spend optimally on building the credibility of the brand? Having muted social media handles?

Adopting a very conservative approach to developing the product roadmap or building the sales funnel to acquiring new customers?

The startup runs the risk of missing the window of opportunity to monetizing the idea. Worse still, a competitor who launched later could potentially overtake the company for the podium finish.

Don’t fly too low. And become a dead weight.

I reckon that it is all in finding the fine balance between the costs and the investments.

Soaring to the appropriate height in the flight path.
Not too close to the Sun.
Not too adjacent to the Water.

Would love to hear your comments on this topic. 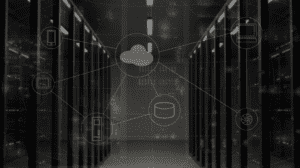